India fully dominates the Kabaddi sport in all world having won the Nearly All world cup titles.
India has won the Kabaddi World Cup 2016 to defeat Iran held in Ahmadabad, India.


Pakistan became kabaddi world champions Sunday after narrowly beating arch-rivals and 6th-time Kabaddi Champions India who played even though authorities at home vowed to investigate why a team competed despite a ban on sporting ties.

In Kabaddi World Cup final 2020, Pakistan fought back in the second half to secure a 43-41 win over the defending champions in the popular South Asian sport in front of thousands of spectators. 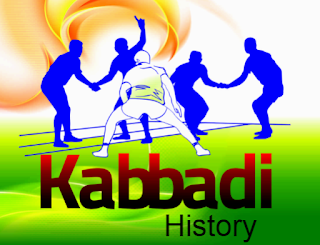 How to Play Kabaddi , rule & regulations.?


In Kabaddi 2 teams consist of 7 players having the 2 opposite halves with small field, the 1 one send a "Raider" to others half, to get the points he must touches the opposing teammate & without tackled and return to the home half within 30 seconds, in this time the player must be holding his breath & be chanting " Kabaddi, Kabaddi, Kabaddi" during the raid. However, if the "raider" touches the opposing the team member & couldn't go back to their home half, the opposing team earn points.

India is First & only Champion of Kabaddi having won the All Kabaddi World Cup since its first edition in 2004.


How to use whatsapp new features |Whatsapp Download 2022
New Rules of Pro Kabaddi.

The new rules of Pro Kabaddi reward gutsy defending too & a team is awarded 2 points for a “Super Tackle”, when three defenders or less keep a raider down in any raid. The “Do-Or-Die Raid” is another great new rule to add more intensity & increase scoring rates. 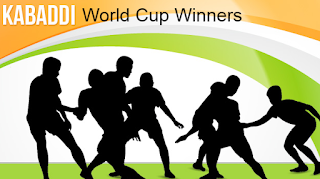 
Kabaddi World Cup 2024 will be held in Pakistan.

List of FIFA U20 World Cup Winners: Past Champions, History

How many Yellow & Red Cards given in FIFA World Cup History