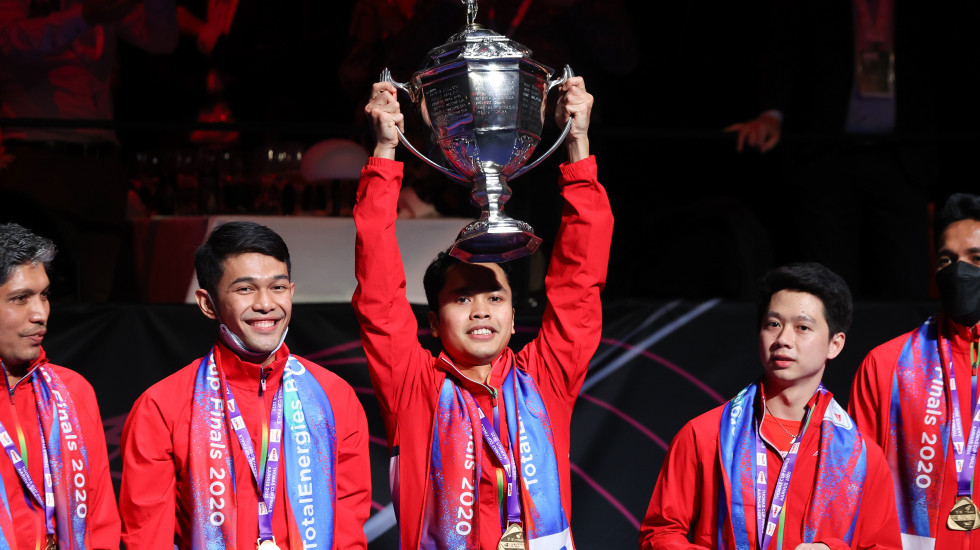 The Chinese men's badminton team lost three straight games in the Thomas Cup final to Indonesia, who claimed a record 14th title here on Sunday in the Ceres Arena.

The Indonesian shuttlers showed good form in all three games against defending champion China to lift the trophy, their first since 2002.

Lu Guangzu fought a good start in the opener against the 5th-ranked Anthony Sinisuka Ginting, winning the first set 21-18. However, the Chinese talent lost the following two 21-14, 21-16 as Ginting secured the first point for Indonesia.

In the doubles match, Chinese pair He Jiting and Zhou Haodong lost two straight sets to Fajar Alfian and Muhammad Rian Ardianto 21-12, 21-19, which meant Indonesia was only one win away from the eventual victory.

The Indonesian team keeps the highest winning record of Thomas Cup titles (14) and China has won 10 times, including five consecutive crowns from 2004 to 2012.

In the next singles match, Li Shi feng had a depressing 0-6 start in the first set against Jonatan Christie and lost 21-14. The 21-year-old Li equalized 21-18 but could not turn China's fortune around as Christie clinched the decider 21-14.

Christie controlled from the beginning of the first game leading 7-1 before winning it 21-14. In the second game Li Shi Feng climbed his way back into the match, and despite of a good run in the last part of the game by Christie, Li won the game 21-18.

Christie has been playing better and better throughout the tournament, and on Sunday he secured a spot in the badminton history book. Jonatan Christie won the decider against Li Shi Feng 21-14 securing the first Thomas Cup title for Indonesia in 19 years...