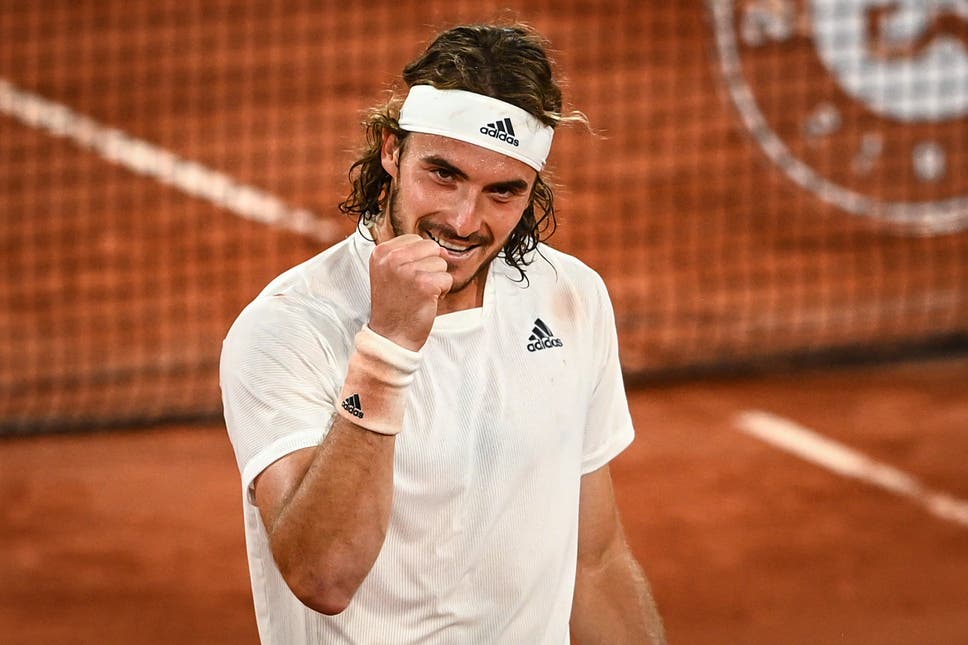 Fifth seed Stefanos Tsitsipas showed all his class and supreme form as he battled past Alexander Zverev, 6-3 6-3 4-6 4-6 6-3 in their semi-final clash at Roland Garros on Friday afternoon.

Stefanos Tsitsipas made history for his country on Friday as he beat Alexander Zverev in a five-set classic to reach the final of the 2021 French Open.

The Greek star, who was playing in his third successive Grand Slam semi-final, had to hold his nerve in a dramatic deciding set.

Tsitsipas will now face either Novak Djokovic or Rafael Nadal in the final.

First Greek to make a major singles final at a Grand Slam in Roland Garros Final, what is an enormous moment for Tsitsipas and for Greece.

Tsitsipas is projected to reach a career-high FedEx ATP Ranking of No. 4 on Monday.

Tsitsipas, who was playing in his third successive Grand Slam semi-final, finally managed to go one step further as he battled past Zverev in three hours and 37 minutes to reach his maiden final in Sunday's showpiece.