With the 2019 season fast approaching, look at the top 10 of the Preseason of last week. And to no one's surprise, defending national champion Clemson sat at the top with Alabama close on its heels and also Oklahoma, Georgia and Ohio State are familiar occupants at the top of the College Football rankings. 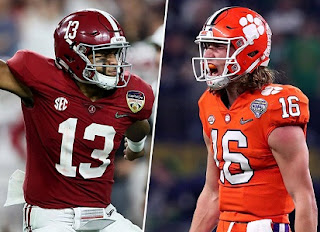